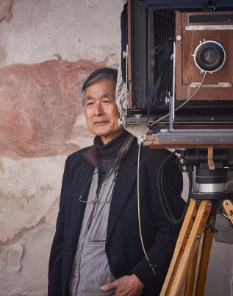 1949
Born in the city of Toyonaka, Osaka Prefecture, Japan.
1967
Entered the Department of Photography at the College of Art, Nihon University, Tokyo.
1971
Moved to the United States to become a photographer. Has lived in New York since then.
1979-
Began photographing sacred sites including the Pyramids of Egypt, the Mayan ruins in Mexico and Stonehenge in England.
1993
Photographed Angkor Wat in Cambodia. Has since photographed sacred sites throughout Asia.
1995
In New York, founded Friends Without a Border, an NPO with the purpose of establishing children’s hospitals in Cambodia.
2002-
Photographed the series “Bhutan Sacred Within.”
2013-
Photographed the series “India Eternal Light.”
2015-
Photographed the ruins of Pompeii (Italy), Fuzhou, Jiangxi Province (China) and Noh masks (Japan), among others.
2021-
Moved his base to Kanazawa, Japan. 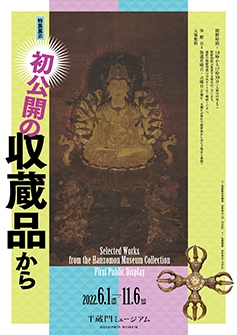